The Spiritual Lessons of War

by Ainslie Macleod | Aug 30, 2017 | Karma, Past Life Trauma, Past Lives, The Illusion, The Transformation | 6 comments 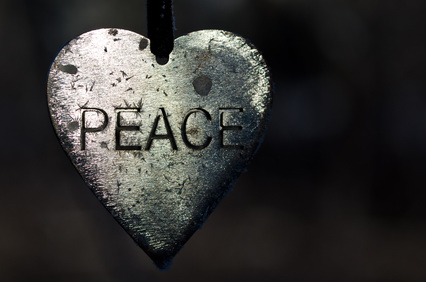 We’ve been exploring the Spiritual Lessons of war this month in my SoulWorld Community membership program, and it’s been timely, considering the posturing taking place among some world leaders.

Every one of us has had at least one past life in which everything went wrong as a result of war.

You might have experienced a traumatic death on the battlefield, or suffered the loss of loved ones, or lost your home and all your belongings, and become a refugee.

How the trauma from your past shows up now depends on the type of past-life fears or phobias your soul is dealing with.

It’s easy to recognize (and heal) if you know where to look, and I’ll be writing about this more in the future.

Because war is ubiquitous, many of us carry the false belief that war, if not inevitable, is sometimes necessary. However, the argument for a “just war” is, according to my Spirit Guides, “sophistry at its best.”

There is always an alternative to war.

What would we think of a guy who, instead of finding a peaceful solution to a domestic argument, pulled out a gun and shot his wife? Would we say, “He tried to find a diplomatic solution, but she gave him no option?” Of course not.

Like the abusive husband, when a country goes to war, it’s a failure. It’s a sign of weakness, not strength.

The older your soul, the more you’ll see war as something to be avoided at all costs.

War is a violation of all ten of your soul’s core values. And when you see others as you see yourself, you won’t want to see them hurt.

My Guides say, “As spirit guides, we can only support actions that are consistent with the ten paths [core values]. Since war violates all ten paths, we can never support war. Never.”

On the subject of a just war, they say, “The concept of a just war is rooted in the Illusion. War is never just. Let us remind you that no soul, in reviewing its last life, ever said, ‘I’m so glad I died for my country.’”

The spiritual lessons of war are many.

War reminds your soul that everyone has the right to live without fear of violent death, or disruption to their life plan. And the futility of war shows your soul the importance of finding nonviolent solutions to disagreements.

As an old soul, it is a spiritual imperative that you walk the path of peace, love, and understanding. Use these old soul tenets as a compass to help guide you on your journey through this lifetime.

There is always a peaceful alternative to war. Always.