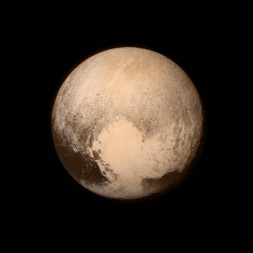 As you probably know, NASA’s New Horizons spacecraft just completed a fly-by photo shoot of Pluto, and now we know that Pluto is bigger than expected. Will it be reclassified as a real planet? I hope so.

In the space of 100 years, we humans have gone from buzzing around in wooden biplanes held together with string, to sending hi-tech objects out to the farthest reaches of the Solar System.

It speaks volumes about the older-soul urge to always look beyond the next mountain, and to keep learning about the universe it inhabits. We live in exciting times!

Sad, however, that younger souls (the ones who have the greatest difficulty seeing the need to venture beyond the nearest mountain) view this exploration as a waste of money. In congress, they’re the ones who so often seek to defund NASA programs.

Even now, younger souls consider NASA’ s recent discovery about Pluto as a waste of time and money.

Yet, without NASA, there would be no memory foam, cochlear implants, insulin pumps, and hundreds of other inventions its research made possible. And there would be no close up view of (no longer dwarf) planet Pluto.

This conflict of priorities will continue as long as there are young souls and old souls running the show.

I look forward to seeing where this particular journey takes us.