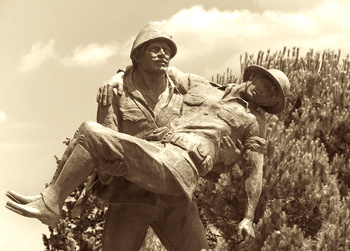 While I’m still on the subject of children’s past lives, let me give you an example of the way children can experience healing from past life trauma when a parent works with them to help release the memories.

My client’s teenage son, Josh, was diagnosed with autism and a seizure disorder at the age of three. When I first spoke to Sarah, his mother, he was 18. She described the long battle they’d had with Josh’s severe stomach pain. Being cognitively and physically impaired had meant Josh could never clearly articulate what was going on. When he was younger, doctors told Sarah the crying, hitting, and grabbing of his stomach was most likely attention seeking.

But Sarah knew in her heart that he was in real pain, and frustrated because he couldn’t explain what was wrong. “Kids get tummy aches, “ she said, “But these were much more than that.” Yet, Josh went through years of tests with doctors and specialists, and nothing physical ever showed up.

“I watched his diet closely, and never gave him anything that might upset his sensitive tummy,” Sarah said. “His clothing was always loose around his waist, and still his stomach wasn’t right.”

Unexplained ailments often suggest there’s a past life trauma involved and, very quickly, I found a past life that seemed to hold the key. Mom and son had been friends who joined the army to fight in the trenches during World War 1. The soul who is now Sarah was shot in the stomach. The other, who is Josh in this life, went to the rescue. He, too, was shot in the stomach, and died of his wounds after dragging his friend to safety.

It was pretty obvious to me that the stomach pain Josh suffered was simply a memory of the past life trauma. I encouraged Sarah to tell him about what had happened back in 1915 as a “story of two friends.” I knew his soul would understand it was about him, and that would allow healing to begin.

Well, Sarah was skeptical. But she did what I suggested, and told Josh about the two friends. And within a few weeks, the pain disappeared and has never returned.

“This is still so unbelievable to me,” Sarah said. “It’s been five years now, and he’s never, never had another episode. I don’t restrict his diet anymore, and he eats everything and has no problems.”

Something else Sarah reminded me of was that she’d asked me if Josh was really autistic. My Spirit Guides said, “No, no autism.” Well, earlier this year, Sarah and her husband had genetic testing done that showed Josh has a genetic mutation that causes cognitive and physical abnormalities. He’s definitely not autistic. What he has is so rare that it doesn’t even have a name!

And there’s more. During our session, my Spirit Guides reminded Sarah about the importance of acceptance. She said, “I long ago accepted that Josh is the way he is as part of his soul’s life plan, and that I’m his mother in this life for mine.”

The Spirit Guides agreed, and added, “You owe each other.” Josh was there for Sarah in that past life, and now she’s there for him this time around. This is karma at work, and demonstrates one of the ways two souls can balance the experience of a past life in a future incarnation. In that past life, although the soul that’s now Sarah survived, things were never the same. After the war, he took a desk job in a cement factory, but never really got over the loss of his friend.

The memory of the wound in his stomach has carried over into this life. When I first spoke to Sarah, before she even mentioned her son, she’d asked me, “Why do I feel I have a hole in my stomach?” It turned out that the wound she’d suffered in WW1 had never fully healed, and had caused permanent pain. The “hole” in her stomach was a ghost memory of the past life trauma. While she’d never had any pain in her stomach, she always had a feeling of emptiness, and a sense of loss from the death of a soulmate.

I’ve helped many skeptics heal their children’s past life trauma by having them tell their offspring about what happened, sometimes as a bedtime story. I’ve been asked, “Do I have to believe it will work?” And the answer is that it doesn’t matter what you think. You’re simply allowing the child’s soul to make the connection between the fear, block, or physical ailment, and the past life.

Like all of us, children carry memories of past life trauma in their bodies. And sometimes they heal faster than adults because they lack the filter that slows down the processing. The message goes straight to the soul. And they often know the story is about them. One client told me how she told her son about his past life, and he barely reacted. Then, about two weeks later, he said, “That man you told me about…that was me, wasn’t it?”

Josh and his family struggled for 18 years to overcome the effects of his past life trauma. But once his soul recognized that “that was then, and this is now,” the healing took only a couple of weeks.

It’s my deepest wish that past-life exploration will become a mainstream modality sooner, not later. And that the thousands, if not millions of people who suffer unnecessarily from ghost memories of past life trauma will undergo the same kind of healing Josh experienced.

If your child struggles with unexplained issues that interfere with the peace and harmony of your family, you might want to consider exploring the past life reasons why through a psychic guidance session with Ainslie.