Children and Past Lives: Anna’s Story 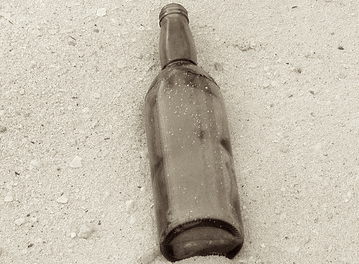 Following on from the story of Rachel, the daughter of my client, Miranda, whose past life in Stalin’s Russia has shown up in all sorts of ways in this lifetime, I’d like to shine the spotlight now on her older sister, 11-year old Anna.

Children remember past lives in all sorts of ways. Understanding them offers insight into all sorts of quirks and unexplained behavior, and help to explain things that seem mysterious or baffling. Children often remember their past lives consciously. But, like everyone, they carry hidden memories in the form of physical areas of weakness, fears, phobias, and limiting beliefs. The effects of children’s past lives can range from being mildly annoying to massively disruptive, and can last a lifetime, too.

When I spoke to Miranda, she’d just spent a harrowing day in various clinics dealing with her daughter’s newly diagnosed scoliosis. They were delighted to have found a healer who gave a positive prognosis, and a practical plan to correct her condition.

Children and Past Lives: Physical Resonances

What the Spirit Guides wanted to talk about, however, was the inflammation they saw in Anna’s body. I told Miranda that Anna was highly sensitive to sugar. “It’s a toxin for her,” I said. Miranda agreed. In fact, they’d just had the results of tests that showed an extreme allergy to sugar.

Since many allergies have a past-life component, I took a look at Anna’s most relevant incarnation, one that it turned out has a strong influence on her current condition. Anna had a past life as a woman in Barbados. She had ended that incarnation diabetic, alcoholic, overweight, and almost totally blind from cataracts. She had swollen, ulcerated legs, and a lack of mobility that made her a burden on her family.

I predicted the following resonances would show up in this life:

I discovered that Anna does have marks on her legs, as well as mysterious little swellings on her feet. As for a resonance from her weight in that past life, her mom said, “Anna read an article recently that said how oldest kids end up overweight. She said, ‘That will never happen to me.’ She runs and does yoga. She’s totally health conscious. She told me, ‘I eat like a wild gorilla, Mom.’” “How’s her eyesight?” I asked. “Well, she’s supposed to wear glasses,” Miranda said, “But she won’t wear them. In fact, she cried when she was told she’d need them.”

Since having had the allergy tests that showed up her sensitivity to sugar, Anna continually says, “It’s like I’m a diabetic.” I asked the Spirit Guides if drinking rum in the past life played a significant part in all of this, given that it’s made from cane sugar. They said it was a direct resonance, and dismissed my observation that the sugar content of rum must surely be insignificant after being distilled, with the words, “Trust us.”

Children and Past Lives: Karmic Behavior

“Does Anna hate being a burden, and does she want to actively do things for others?” I asked. After a life in which she’d become reliant on her family, I expected the karma to push her to the other extreme. “She’s like an angel,” Miranda said. “She doesn’t want to be any trouble. I have to remind her that she doesn’t always have to take care of everyone else.” And after a lifetime of alcoholism, it was no surprise to hear that, even at the age of 11, Anna has adamantly stated that she’ll never go near alcohol.

When sharing a past life with a child, it’s always important to make it age-appropriate, but it’s also vital to share the most significant elements so the child’s soul makes the right connections. It needs to be reminded that it’s all in the past, that it doesn’t need to over-react to what it perceives as a threat (like sugar, for example), and that this a totally different life, where things will work out differently.

I’ve been exploring children and past lives for years, mostly via their mom or dad. But what I’ve discovered is that it doesn’t really matter whether I’m talking directly to them, or they hear it as a bedtime story from a parent. The most important thing is to get through to the soul. One little boy had a past life experience that my Spirit Guides said his soul would recognize, even if his mom didn’t say it had happened directly to him.  He listened to the story of what had happened without saying a word. Then, almost two weeks later, he said to his mom, “That man you told me about…that was me, wasn’t it?”

Once Anna has had a chance to process the information, I’ll check in with her mom for an update. Watch this space, and also check out what I wrote about Calvin, Miranda’s son, and his past life story.