Drama Queen Without a Court 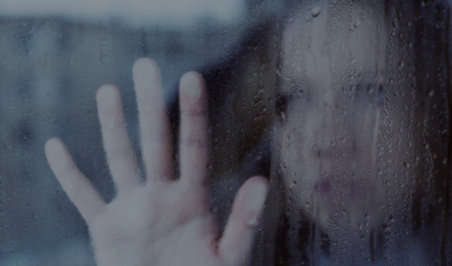 A Teen’s Tale of Past Life Healing

When my client, Kelly* asked me to do a reading for her teenage daughter, I didn’t know that what I’d uncover would lead to a radical transformation in their tumultuous relationship.

As I uncovered her daughter, Amelia’s soul age and soul type, Kelly described the reading as spot on, particularly my Spirit Guides’ observation that Amelia was a “drama queen without a court.”

But, for the moment, the Spirit Guides were more interested in her soul’s past than present.

They took us straight into Amelia’s most recent past life. Born in Manchester, England, in the middle of the 20th Century, she was a “rape baby” who was abandoned by her mother immediately after birth.

When she was old enough, the girl who is now Amelia tracked down her birth mother to a house in the city of Sunderland, on the northeast coast of England.

On a freezing cold, drizzly, January evening, she peered in through the living room window to see a family sitting and laughing around the dining-room table. She rang the doorbell, expecting to be welcomed into the home. Instead, as soon as the mother realized who the girl was, her mother slammed the door in the young woman’s face.

Driving back to Manchester in the rain, the girl who is now Amelia died in a crash on the newly opened M1 motorway.

A past life and death like this will leave a soul with a huge issue around abandonment.

In a teenager, the soul’s erroneous belief that it is unlovable will cause it to reject others to validate its hypothesis in future lifetimes.

(The teen will act out, push buttons, and provoke conflict until the parent withdraws, at which point the soul will say, “A-ha! I knew you didn’t really love me!”)

I asked Kelly, “Does Amelia push you away?”
“All the time,” she said. “She acts like she hates me, and sometimes she can become incoherent with rage. She never lets me hug her. She hasn’t hugged me for over five years.”

“In her present lifetime, Amy is Chinese. She was abandoned by her birth mother in a market in Southern China, and adopted by us at 13 months.

“She has rejected everything Asian (except for anime), and has made it clear she has no interest in finding her birth mother. When we visited the UK, she wouldn’t venture north, insisting ‘It’ll be dark, and cold, and rainy all the time.’”

Amelia’s recent history has been one of drugs, self-harm, and a suicide attempt that happened a few months before our call.

“When she left her suicide note, she said, ‘I always thought I’d die in a car crash, but I guess this is it.’

“I have chills writing this: You said that if I told her everything you told me about this past life, she’d begin to improve. I wasn’t sure, because nothing else had ever worked. But I was willing to give it a try, particularly because Amy believes in past lives.

“She was sitting up in bed reading an anime book, and I told her the whole story, start to finish (except for the part about being a rape baby). She just sat there and seemed to have no reaction.

“I waited two weeks, and asked Amelia how she was feeling. I’d started to see subtle improvement in terms of her attitude toward school, and in her “glass half empty” perspective. I didn’t get much of a response, so I told her about why her birth mother in that life had given her up (the rape), and we spoke about why her birth mother in this life might have had to give her up. I reassured her that she’d never have to worry about that from me, and that I would love her no matter what. Still not much of a response.

“A couple of months passed, with more subtle improvements. She expanded her circle of friends, began to talk about college, she laughed more, and her grades went up. But she was still standoffish with me (in a way she’s never been with her father or brother).

“One day we had a rousing argument about her wearing revealing clothes (booty shorts and no bra), and she stormed up to her room. I could hear her stomping around for about an hour. Then she came down, and I could see something had radically changed.

“I opened my arms and she came running into them for the first time since she was 11 (she had just turned 17). ‘I’m so sorry, Mommy!’ she cried, and we held each other for several minutes.

“As Amelia continues to get better, we hug a lot more. She sees me as a human being rather than monster, and though she’s anxious, she’s starting to look forward to a much happier future.

“Thank you, Ainslie, for giving me back my daughter, and for giving her back her happiness.”

Despite hearing these kinds of dramatic healing stories from my clients on a regular basis, I’m still blown away by the power of past-life work. I wish everyone would embrace this modality in their quest for physical and spiritual health.

Indeed, I look forward to the day when the medical profession recognizes the incredible potential for healing that past-life exploration offers.