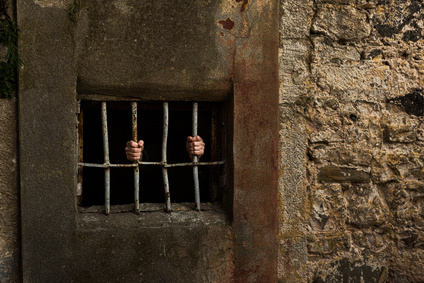 This month in my SoulWorld Community membership program, we’ve been exploring past lifetimes of slavery or imprisonment.

Every old soul will have experienced at least one traumatic past life as a prisoner or being enslaved, and likely more than one.

So the importance of exploring those past lives is to remind your soul that the fears it has carried into this lifetime are no longer relevant to the life you’re living now.

During a rainy morning in Florence, I sat down with Christine to answer the following questions about past lives of enslavement and imprisonment, and how the resonances from those lives might show up for you in this one:

Does this resonate with you? We’d love to hear your comments below!

Well, the most common sign that you’ve been a prisoner in a past life, or a slave, is that you’ll react really strongly to the phrase, “Don’t tell me what to do!” You’ll resonate with that. Because if somebody tells you what to do, rather than asking you, it reminds, or at least your soul is reminded of that past life of slavery.

If you’ve been restrained, and particularly I’m thinking about physical restraint–if you’ve had manacles around your wrists or your legs, or somehow you were really restrained, maybe in a very confined space–then one of the most common things you’ll get is claustrophobia, or a fear of enclosed spaces.

It’s usually elevators, they’re the thing you encounter most. Sometimes people have issues with being, maybe playfully pinned down by the wrists. It’s not so funny. And sometimes very tight clothes will be an issue. You’ll tend to find even if people get caught up in bed sheets, they can freak out.

A lot of people show physical resonances from the past life. I’ve got one client who’s got marks where she was chained–in a previous lifetime–on the tops of her arms.

I’ve seen others with issues like swelling in their ankles that come from fleabites in a prison cell in a previous lifetime. So there’s lots of little ways these will show up.

There’s also, when people have been in a very filthy place, like a prison cell for example, they tend to be hyper vigilant about cleanliness in this life. They want their environment to be clean, and their clothes to be clean.

And the other thing that I come across a lot is a problem with vermin; mice and rats, because of being around them, being unable to escape them, in a prison cell in the past.

You’ll find that people who’ve been a prisoner or slave in a past life have an exaggerated need for freedom. They want to do things like running a lot. I describe it as wanting to feel the wind through their hair, even if it’s not literal.

Motorcycles, scooters, bicycles, surfing, skiing–there’s lots of ways that people will seek to get that sense of freedom. It’s a correction after the life where you had no freedom whatsoever. Your soul goes, ok, I want to go the other way, and have as much personal freedom as possible.

This is a good question; if you do a regression, and you work with me, and you overcome the fears associated with slavery and imprisonment, you don’t suddenly lose the desire to go out and run, or to hike, or to have that freedom. For some people, it’s sailing, it’s horse riding – that’s a very common one.

You don’t lose that desire, because that’s karmic. Your soul’s trying to balance he experience of one life with the next. What you do lose is that hypersensitivity to feeling that people might be controlling you. Or when somebody says something the wrong way. Like rather than asking you to do something, if it sounds like an order, then you don’t overreact the same way that you might have in the past.