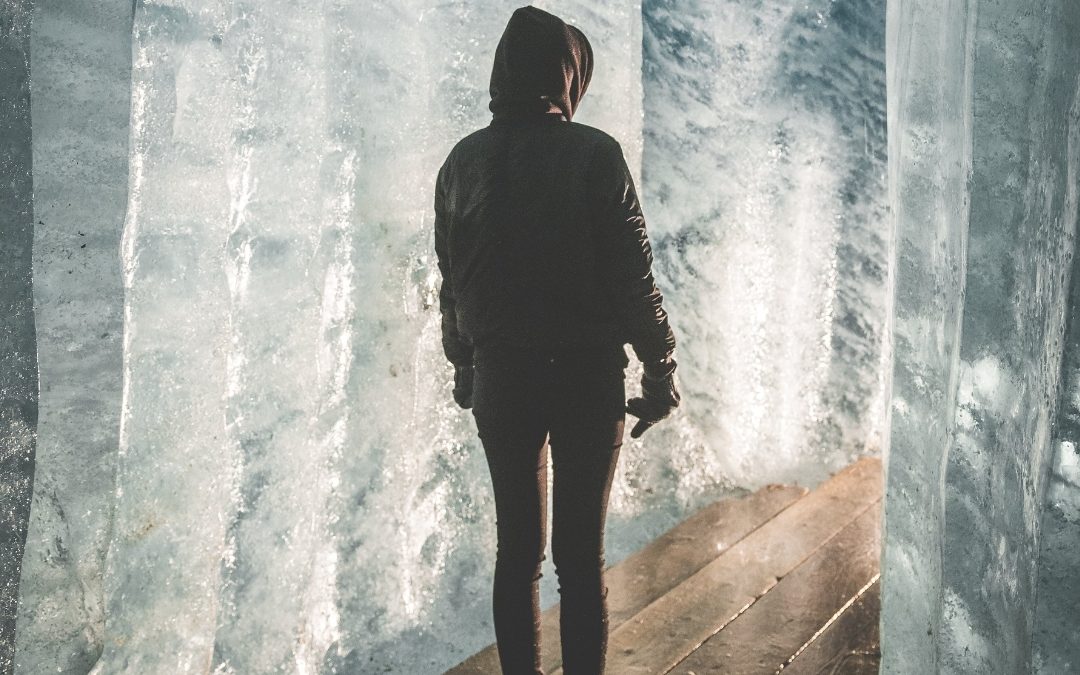 I’ve shared many client examples of past-life healing over the years, but this one is a little different. It involves someone near and dear to me, our assistant Adriana. Her healing began after I uncovered an incarnation that ended tragically during World War One.

The past life was one in which Adriana was a French aviator who crashed when his plane flew too close to the ground in thick fog. Despite having sustained broken ribs and a punctured lung, he was taken to a prison-of-war camp instead of a hospital.

The holding area his captors held him in was little more than an open space surrounded by high brick walls. He was left helpless in the rain with temperatures well below freezing. And he eventually died from the effects of his injuries and hypothermia.

How Trauma from Your Soul’s Past Shows Up Now

When I shared this with Adriana, she immediately saw a significant connection between past and present. The internal injuries she suffered in the plane crash from her soul’s past showed up in this life when she was pregnant. She experienced unexplained pains in her ribs, along with shallow breathing. And her doctors couldn’t explain it.

When hypothermia is a factor in a person’s death, it shows up in future lifetimes as cold extremities, Reynaud’s disease, or an extreme discomfort or fear of the cold. As it turned out, Adriana showed every sign.

When I asked, “Are you uncomfortable with the cold?” Adriana burst out laughing. “I’ve always been known as the person who’s permanently cold.” Her problem with the cold arrived with a vengeance after her children were born. Until then, it hadn’t really been a problem. But past-life issues need triggers to bring them to the surface, and becoming a mother did just that for Adriana.

I had another question for her. “Are your hands always cold?”

“People have always commented on how cold my hands feel to the touch,” she said. “They’re so cold all the time that I have a heated pad on them when I use a mouse.”

“Did your fear of the cold prevent you from enjoying being outdoors?” I asked.

“I hate leaving the house when it’s cold,” Adriana said. “When my mom was sick and I had to visit her every day, I had the worst time. I had to pull up my big-girl’s panties and force myself to go.  It took everything out of me just to get in the car. And I’ve never been able to go outside in winter with the kids.

“In April 2020 when the pandemic started, I was doing driveway social distancing with some of the other moms in the neighborhood. The weather was unpredictable, and I was aware of how cold it could get. I drove almost there – about 20 minutes – wearing a long sleeve t-shirt. Then I realized I couldn’t sit there in just the t-shirt, so I turned around, went home, got a winter coat and scarf and my fur-lined boots, and headed back. In the end, I never needed any of it. When the sun came out, I was so embarrassed!”

Healing Happens Simply by Identifying the Past-Life Cause

The trauma that Adriana’s soul experienced in its past life was showing up for her now in ways that really hindered her quality of life. But it’s been a few months since we uncovered that past life, and a lot has changed since then. “My husband describes what happened as life-changing,” she said.

I asked her if she still felt the cold as much. “I actually get hot now!” she said. “I used to wrap myself in a parka and scarf to take the kids to school, even if it was a mild fall or spring day. I was always saying I couldn’t do this or that because I might get cold. Now: no more scarves!”

Like a lot of people who have died exposed to the elements, Adriana had always hated the rain.  “It always felt gloomy to me,” she said. “I didn’t want to face what’s out there or have to deal with it. And during a storm, I always worried that something bad would happen. When there was a snowstorm, I didn’t want any contact with it or the outside world.

“When my kids would play in a puddle, I would freak out. I simply wouldn’t let them. My husband would say, ‘It’s just water, Honey!’ But I would get really anxious about it.”

And how is she with rain these days? “I’m totally cool about it now. And if the kids want to jump in puddles, I encourage them. The whole thing really has been life-changing!”

I hear this a lot – that the healing a client experiences through our past-life work together is “life-changing.” So much of the shift happens simply by finding the original source of the fears. And reminding your soul that what happened in the past is not relevant in the present. Or as I like to say, that was then, this is now.

Have you experienced a profound healing shift through past-life work? We’d love to hear your comments below!