Cooperation in the Age of Transformation 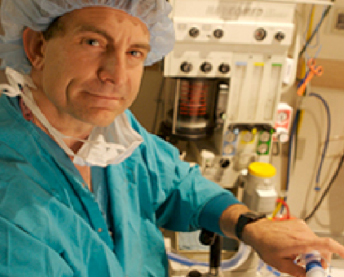 I was in Seattle’s Children’s Hospital one morning, when a woman ran into the emergency room, looked anxiously around the room and called out in desperation, “My baby! She’s not breathing right. Someone please help her!” Within seconds, a small team of emergency room staff swung into action. The doctor in charge told the nurse to hook the baby up to the monitors. Another doctor, the team leader, took the mother aside and asked her a few questions.

“Sally’s had a fever for three days,” the mother told her. “The baby’s crying, and breathing is erratic,” one of the staff said. “Call Dr. Stone immediately.” Another voice said, “Her heart rate’s fast. Call a code.”

A few seconds later the nurse replied, “Code has been called.” Dr. Stone walked in and calmly asked for a status report. She took at close look at Sally and said, “Start bagging her for extra oxygen, and insert an I/V.”

A young resident doctor did as he was asked, keeping his head down, and repeating every instruction he was given. Every so often he’d tell the rest of the team what he was doing, and how Sally was responding.

Dr. Stone called out, “0.2 milligrams Atrophine going in the I/V.” Beside her the nurse turned to a tray of drugs and repeated, “Point two milligrams, Atrophine.” And a few seconds later, she handed the doctor a syringe, repeating the dose and medication again.

After administering the Atrophine, something was clearly still wrong. I could hear Dr. Stone’s voice above the urgent beeping and buzzing of the monitors. “Her heart rate’s above 200, and she’s not getting enough oxygen.”

The resident put a breathing tube down Sally’s throat. “I can see the vocal chords. Breathing tube placement is confirmed,” he informed the team. “Her heart’s still not pumping properly,” Dr. Stone said. “We need a defibrillator to get the heart going.” “Charging defibrillator. Everyone clear” “All clear!”

The shock caused Sally’s tiny body to jerk. Sally’s mother looked on anxiously as another shock was administered. The resident doctor finally looked up from Sally and said, “Her hands are still cold, but I feel strong pulses and she’s reverted to normal sinus rhythms.” Dr. Stone pulled off her mask, looked at the team, and congratulated them on a job well done.

At that point, Dr. Rubens, the program director, stepped out in front of the auditorium and said, “The simulation you’ve observed replicates the kind of emergency we see here every day. The SimBaby is designed to respond just like a real baby, and is operated by computer from behind this screen.”

I’d been invited by Dr. Rubens to join a group of journalists to watch the kind of simulation that’s used to train medical staff to better deal with real emergencies. What I’d witnessed was cooperation at its best.

In this exercise, each member of the team was working with the others with only one goal in mind: to save the life of their patient. In the past, a nurse was often considered a lesser part of the team than the doctors. There have been many times when a nurse has watched a doctor make a mistake, but has been too afraid to speak up.

In this system, the nurse is an equal. As an integral part of the team, she is not just expected, but obliged to speak out if she sees a mistake being made. In this respect, she is just like a copilot or navigator is to a pilot. The reason for repeating each instruction was to ensure there was no misunderstanding that could cause a tragedy to happen.

As the human race moves into an era of higher consciousness, the awareness that cooperation is essential to our spiritual growth will speed up our progress. Working together toward a higher and more spiritual purpose will become our species’ default mode.

In the Transformation, personal fulfillment will be enhanced by a stronger sense of shared purpose, and the knowledge that when we work together to achieve a goal, we will be judged by our contribution, not our rank or status.

As Dr. Rubens put it to me, “When we work in open collaboration with others–when we support their goals, and they support ours, we all achieve more than we ever could alone.”