Don’t Tell Me What to Do! 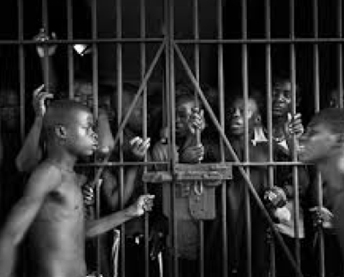 A past life fear of powerlessness is invariably the result of imprisonment or slavery. I spoke once to someone who had been locked up in a prison in South Africa in the early part of the 20th Century. In this life, Colleen is Caucasian and female. In that past life, however, she was a young, black man, who was arrested for burglary and given a heavy sentence. Like many of my clients who have suffered similarly, Colleen has a past-life fear of Powerlessness. It shows up in almost everyone who has been imprisoned or enslaved. Not surprisingly, one of the fear’s most noticeable resonances is a kind of “don’t fence me in” attitude.

Colleen reacted with a laugh of recognition when I told her the motto of someone with a fear of powerlessness is “Don’t tell me what to do!” “Just ask my husband,” she said. “He claims that if he asks me to do something, I’ll do the opposite. I have to admit he’s right.”

The karmic motivation, the impetus the soul manifests to help a person deal with the fear, is empowerment. The advantage of having this motivation is that it creates a greater than normal awareness of the importance of freedom. Freedom is, in fact, the ultimate goal your soul seeks to reach by overcoming the effects of the fear. The downside is that a person in the throes of the fear can be inflexible, contrary and controlling. As with any past-life fear, there’s a way to heal its effects and help others at the same time.  The key is to help maximize freedom for others.

You can probably see the potential difficulty when the individual dealing with the fear becomes controlling. It’s hard to honor another person’s need for freedom when you’re telling them what to do. After a soul has encountered the limiting and distressing effects of incarceration, it will often react with panic when it encounters reminders of the past.

In my book, The Transformation, I tell the story of a client who died of a heart attack in a past life after she panicked on being thrown into a tiny cell. She told me how, only a few days earlier, she’d told her husband she thought she’d have a heart attack if she were ever imprisoned.

I asked Colleen a couple of questions I’ll often bring up when I encounter someone with her kind of past. “I don’t imagine you can watch a prison movie?” I said. “Absolutely not,” she said. “Anything to do with prisons makes me cry.” And, although I could guess the answer, I asked her, “”Do you think you’ll ever take a tour of Alcatraz?” “No. There’s no way. I think I’d die,” she replied.

If you recognize this fear in yourself, you might want to be conscious of its impact on those around you. It’s one thing controlling your environment, keeping everything in its proper place, but quite another to control the lives of those around you.

By learning to give another person autonomy, you help them to exercise self-empowerment, and that will lead both of you to your soul’s goal of freedom.