All About Reincarnation, And How Each Life Builds On The Last 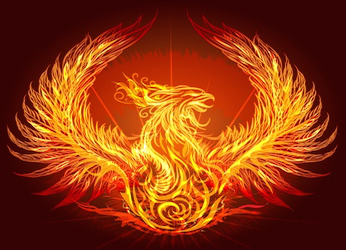 One of the most often-asked questions I receive from my clients is, “How old is my soul?” With very few exceptions, the people who work with me embrace the concept of reincarnation. But why reincarnation? Why does your soul come back to the Physical Plane again and again?

Simply put, your soul uses reincarnation in the way you might use an evening class. Let’s say you wanted to learn photography. Clearly, you wouldn’t expect to become a professional after just one evening. The same principle applies to life on earth. One life will teach you little more than the equivalent of learning to remove the lens cap.

Your soul is an intrepid explorer with lessons to learn and places to go, and reincarnation is its way of making sure everything gets done.

There’s no actual growth available to the soul between lives on the Astral Plane. That’s only for processing what happened in the last incarnation and making plans for the next. To grow, your soul needs to be here on the Physical Plane. And no matter where in the universe you happen to be, your soul’s goal, its prime directive, is to evolve. Here on earth, that means learning everything about being human.

Thanks to reincarnation, you’ll get to know every part of the world. Have you ever visited somewhere new and felt a strange sense of familiarity? That’s because you’ve been there before.

Now, as an old soul with scores of lifetimes behind you, you’ll bring all this experience to bear. Having been persecuted, you’ll be concerned about equality. Knowing what it means to be the victim of violence will make you more peace loving. Lifetimes of slavery or imprisonment will make you determined to enjoy personal freedom and self-empowerment.

As you build each life on the foundation of those that went before, you’ll develop talents like music, art, teaching, logic, and communication. You’ll learn what really matters, like truth, justice, peace, and love. And you’ll recognize that you’re here to make a difference.

Your soul’s journey is one from “me” to “we”. In its earliest lives, your soul feared a world it barely understood. It sought the comfort of strong gods and what it perceived as mighty leaders. It saw big differences between males and females, and those whose pigmentation was different to its own.

As your soul gained a greater understanding of the world, it became more accepting. It recognized that a person of a different ethnic background was no better or worse than itself. And the more it experienced reincarnation, the more compassionate it became.

Reincarnation is a journey that takes you on ten paths as you learn to uphold and embody your soul’s core values. Learning to follow the path of peace, for example, allows you to become an example to younger, more bellicose souls, who have yet to learn that violence solves nothing.

Reincarnation is your soul’s way to discover what it means to be a human being.

By the time you complete all your lives, reincarnation will have taken you from the tribes of Equatorial Africa to the skyscrapers of New York. You’ll have learned from bitter pain, as well as soul-tingling joy, that we’re all connected.

And when you eventually reach the end of your soul’s journey, your wisdom will be added to that of a greater universal consciousness.

Working with Ainslie will help you learn more about reincarnation, and how that applies to your life now. Click here to learn more.