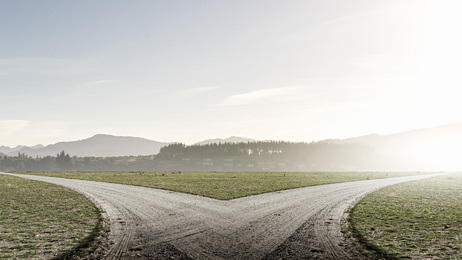 Reincarnation and politics are inseparable, and is the real reason for the left/right divide.

Where you stand on any issue, from a woman’s right to choose, to the death penalty, is not a question of upbringing, education, or environment. It is directly related to your soul’s age and experience.

Reincarnation is your soul’s way of ensuring a well-rounded education. If it came here once, it would learn next to nothing. By returning over and over again, it builds each life on the foundation of the last.

Your soul’s experience is revealed through its social and political views. And nothing affects your political opinions like your soul’s age. This article explores reincarnation and politics, and how the two are inseparable. For ease of explanation, I’ll focus on US politics here, but be aware that the principles I discuss are universal.

A very old soul might be on life 120, having first incarnated on the Physical Plane some 6,000 years ago. Approximately halfway through all its many lives, it will have made the shift from young to old. It’s at that midway point that a person’s perspective begins to change. As their soul gains more introspection, it sees goes from a place of me to we.

Young souls are like children and teens. They’re inexperienced, and can be a little naïve. Their lack of worldly experience means they may not have all the answers, but since they don’t know what they don’t know, their beliefs can be rigid and convictions unshakable.

Old souls are like adults and seniors. Their perspective is the result of lifetimes spent accumulating experiences in all parts of the globe. They’re more accepting, having been in every color skin. And they know what it’s like to be on the receiving end of injustice, discrimination, and the abuse of authority.

It’s not that young souls don’t also get kicked around. It’s just that older souls process the lessons in a different way. A young soul who has been hurt may be quick to hurt back, whereas an old soul will use the experience to ensure that the next person doesn’t suffer as they did.

In the modern world, the most obvious sign of this difference between young and old souls can be seen in the political arena.

With few exceptions, those on the right wing are younger souls, and those on the left wing are older. The age of a person’s soul is never more evident than at the ballot box.

Souls with the least experience see the world as a scary place. They always look to strong leaders to save them from the boogieman du jour. Historically, there’s always someone who’s going to steal their jobs, corrupt their children, or destroy their way of life.

In the past, the threat came from Communists, pot smokers, hippies, gays, pacifists, feminists, liberals, and abortion providers. Now it includes Al-Qaeda, ISIS, gun control advocates, undocumented immigrants, Syrian refugees, and transgender school kids who might use the wrong bathroom.

Young souls look up to those in authority. Throughout history, they’ve marched with military leaders and explorers, certain in the wisdom of those in a position of authority (as long as they feel those leaders reflect their values). As a result, young-soul politicians serve their corporate masters faithfully.

Consistently, young soul politicians cut programs that benefit the poor, but never dream of increasing taxes on the super-rich. They want to cut food stamps and social security, but believe, as Senator Marco Rubio does, that Obamacare – which benefits millions – should be repealed. Recently, lawmakers in Birmingham, Alabama, not only blocked a bill to raise the minimum wage, but also made it illegal for any other city in the state to set their own minimum wage.

Fox News reflects the bias of its billionaire owner, Rupert Murdoch. Yet millions of America’s poorest are fooled into believing that the network represents their values and interests. Young souls are fed myths about Obamacare and its death panels, how Planned Parenthood trades in body parts, and how immigrants are destroying the country. Fox is the reason that 43% of Republicans believe President Obama is a Muslim, and why even more believe that there’s no proof of man-made climate change, or that evolution is just a theory.

As the soul ages, its perspective changes. Multiple incarnations in different cultures teaches the soul that the street sweeper in Delhi is no different from the middle-school teacher in Portland. Its evolutionary path takes it to a place where it recognizes the soul beneath the skin.

Young souls like certainty, and see things in black and white, while old souls see the world in shades of gray.

Young souls find safety in conservatism, in contrast with old souls who are generally more progressive.

Your three-year old might flush your iPhone down the toilet and blame the dog. But you recognize that your child is still a good person. Similarly, young souls frequently do things no old soul would. It doesn’t mean they’re bad–just inexperienced. Older souls, however, have an almost parental responsibility to act as guides to younger souls.

Every soul is on a journey to learn the importance of truth, respect, peace, and love, and other higher values.

As an old soul, it’s important to recognize that you are the adult. Your soul will always want you to stand up for those who are oppressed or powerless, demand the truth, and respect those of different ethnic origins, gender and sexual orientations, and economic backgrounds.

When it comes to politics, older souls can be astonishingly disinterested. In contrast to the naiveté displayed by young souls, they tend to be more cynical. This unfortunate side effect of all those many incarnations causes many old souls to avoid the nightly news, political events, and even polling stations.

Sometimes the black and white thinking of younger souls gives them the cohesion those on the left lack. They get behind a single issue, while the older souls get caught up arguing over the various tints and shades. The author Todd Gitlin summed it up in the title of an essay: “How the Right Took the White House While the Left Marched on the English Department.”

As an old soul who has spent thousands of years developing compassion, and kindness, it’s in your interest, as well as that of your young soul neighbors, to support policies and politicians who represent your old-soul values.

Cast your ballot for the person you feel walks the talk of truth, respect, peace and love. Young souls support endless wars, the torture of prisoners, the deportation of those who lack the appropriate documentation, and the death penalty. Do you? Of course not.

You’re an old soul. Endeavor to use your understanding of reincarnation and politics to find and support the leader who stands for the higher values you embody, and let them be your voice.