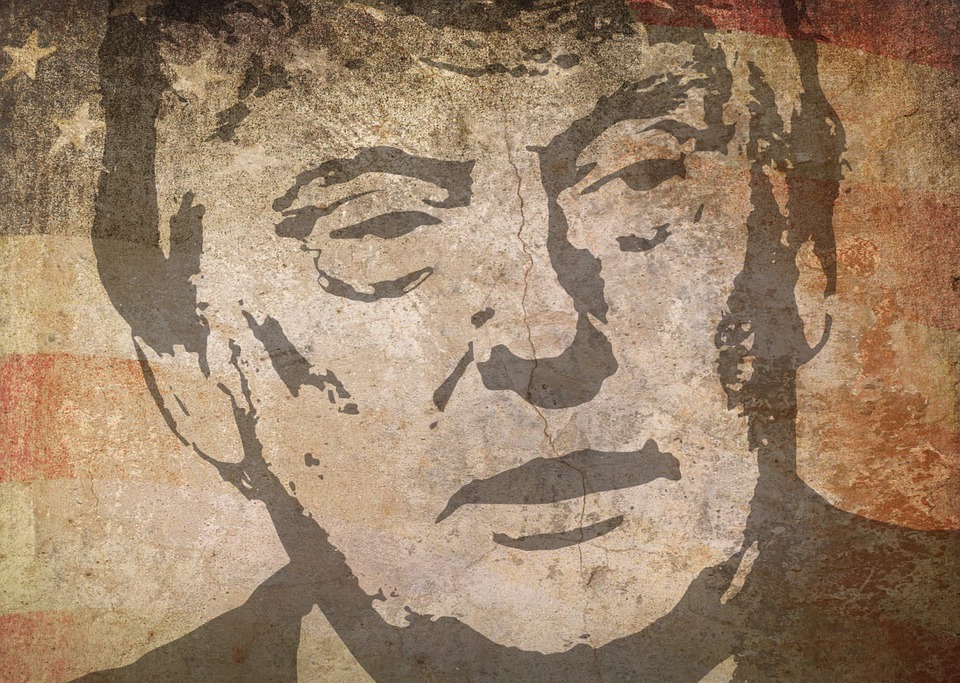 What is it about Donald Trump that triggers such a strongly negative reaction in certain people?

Why are they so appalled by his words and actions? Why do they get so infuriated at his supporters’ inability to see through him?

The answer is that Donald Trump upsets old souls in the deepest way possible—by violating the ten core values to which all souls, not just old ones, aspire.

Described as core values, paths, and goals, these ten principles guide every soul’s behavior. A core value such as love is eventually embodied as a result of walking the path of love which, in turn, leads to the goal of love.

Over the span of many lifetimes, your soul’s journey takes it to an awareness that we’re all connected—that no soul is better or worse—that everyone deserves to be treated with compassion and respect.

At roughly halfway through his journey, and suffering from severe personality disorders, Donald Trump is about as disconnected from that understanding as is possible.

It’s important to state that the purpose of this article is not to bash Donald Trump, but to help better understand him, and the effect he has on others.

In many ways, he is someone to be pitied—a broken soul. Unfortunately, like many spiritually blocked, ego-driven leaders who’ve gone before, the potential for him to inflict damage on others is virtually unlimited.

Equality: No soul is intrinsically better or lesser than any other. Donald Trump’s inability to recognize that all souls are equal is demonstrated in is comments about Mexicans being rapists, as well as in his hiring of Steve Bannon, a white supremacist as an advisor, and his choice of Jeffrey Beauregard Sessions as attorney general. Sessions’ own challenge seeing the worth in everyone has led to a pretty shameful record of opposition to such things as same-sex marriage and voting rights.

Cooperation: All souls are meant to work together. This means sharing our wealth and resources. Not, for example, pushing a budget that would, if Trump has his way, increase his wealth by millions at the expense of those at the lowest end of the income scale. Of course, he did warn us: “I like money. I’m very greedy. I’m a greedy person.” His words.

Respect: Old souls have learned through experience that all humans, regardless of gender, are worthy of respect. Trump, however, like many male young souls, sees women as inherently inferior to men. His comment, “Grab them by the pussy,” is not just a sign of disrespect. It reveals a hatred of women (and would have been enough to sink his political ambitions in a more spiritually mature society).

Justice: Lifetimes of draconian punishments, false accusations, and traumatic executions teach the soul about the importance of justice. When five black and Hispanic teenagers were falsely accused of raping a woman in New York’s Central Park in 1989, Trump took out newspaper ads demanding they be executed. After DNA evidence proved their innocence, Trump not only refused to apologize, but also doubled down on his original accusations.

Knowledge: Every old soul knows the importance of knowledge and a good education. Trump’s hiring of Betsy DeVos as education secretary is appalling for many reasons, not least of which is her desire to destroy public education to promote for-profit schools. That she bought her way into the job (with her family’s massive donations to the Republican party), despite having absolutely no knowledge of the world of education makes this one doubly offensive to old souls.

Understanding: We’re all here to develop a deeper understanding of one another. Over millennia, we develop empathy to enable us to put ourselves in others’ shoes. Trump’s empathy is blocked by his narcissism. After mercilessly mocking disabled reporter, Serge Kovaleski, he denied ever doing so, which leads us to…

Truth: Honesty is of vital importance to old souls. It takes many lifetimes to develop the ability to sniff out BS, and that’s why Trump’s lies are so offensive. No one saw “thousands and thousands” of Muslims celebrating the events of 9-11, but Trump swears he did. If your 5-year old told whoppers like this, you’d send him to his room. On the campaign trail, Trump promised there would be no cuts to Medicaid. Now he’s in the White House, he wants to cut it by $800 billion. That’s “billion” with a “b.”

Freedom: After lifetimes of economic disempowerment, slavery, imprisonment, and lack of opportunity, old souls want maximum freedom. This includes freedom of the press, something Trump has undermined by accusing the media of being “fake news,” and allowing Russia’s press into a White House meeting, while locking out the US media.

Peace: Death on the battlefield, starvation, displacement, and hands-on experience of all the other effects of war have taught old souls how important it is for all of us to live together in harmony. On his recent visit to Saudi Arabia, the world’s biggest funder of ISIS, and a country that still executes gays, did Trump promote peace, or stand up for LGBTQ, rights? No. He sold the Saudi government weapons.

Love: The ultimate goal of every soul (and the value most treasured by old souls) is love. On a personal level, Trump has cheated on his spouses, and displays an almost reptilian degree of warmth towards his current wife. On a macro-level, Trump seems to simply hate people. His supporters are treated as mugs to be used to his advantage, while he has amassed a fortune with no regard for the wellbeing of his staff or contractors, stiffing them out of millions of dollars.

It’s hard for many young souls to understand the negative emotional, and even visceral, reactions that old souls go through when they hear Donald Trump speak, or why they view his behavior with disdain, and his motives with suspicion. Without the necessary lifetimes of experience, it’s difficult for them to see through the lies and flimflam.

As a spiritually conscious person, it’s important for you to stand up for those higher values that are the sign of an old soul. And it’s incumbent upon you to model the ten core values as an example to those who have still to learn how to embody them. Because, unfortunately, it appears they’re not going to learn them from watching the president.